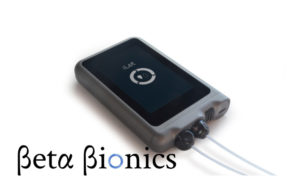 Beta Bionics announced positive results from a pivotal trial of its iLet bionic pancreas for the delivery of insulin in diabetes patients.

Concord, Massachusetts-based Beta Bionics designed the pocket-sized, wearable, investigational iLet device to autonomously dose insulin. Worn like an insulin pump, iLet users only enter bodyweight to initialize therapy without the need for insulin regimen parameters. The company designed the device to then automatically titrate and infuse insulin without requiring the counting of carbohydrates, the settings of certain rates and factors and more.

The results, presented at the International Conference on Advanced Technologies & Treatments for Diabetes (ATTD) in Barcelona, came from an at-home study of 440 adults and children aged six years and older with type 1 diabetes. The study tested the safety and efficacy of the iLet bionic pancreas relative to a standard of care control group (split approximately into thirds between automated insulin delivery, insulin pump therapy with continuous glucose monitoring and multiple daily injections with CGM) over a 13-week study period.

Primary analysis of the study, which met all key endpoints, compared the iLet using Humalog or Novolog against the standard of care in 326 adults in children. The remaining 114 adult participants used iLet with Fiasp.

Beta Bionics noted that the multi-center, randomized controlled trial was funded in part by a grant from the National Institutes of Health to Boston University and conducted in collaboration with the IDE sponsor and study coordinator, the Jaeb Center for Health Research, and 16 clinical research centers across the U.S. The trial was designed to reach a broad demographic, with 74% of participants being White non-Hispanic, 10% Black non-Hispanic, 10% Hispanic or Latino and 6% other or more than one race.

The company said the population was more diverse and representative of people with type 1 diabetes in the U.S. than any previous pivotal trial of an automated insulin delivery system.

“The results of this trial confirm that the iLet Bionic Pancreas may serve a population of people who are otherwise unable to reach glycemic goals with currently available diabetes technology,” Beta Bionics Director of Medical Affairs Jeanne Jacoby said in the release. “As a medical professional and a person with diabetes, I look forward to us being able to offer a solution that may change the lives of this underserved population.”