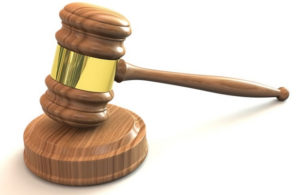 Viatris (NSDQ:VTRS) announced that the U.S. District Court for the District of Kansas ruled in favor of Mylan in an EpiPen class action.

Mylan, which Pfizer combined with its Upjohn business to form Viatris in November 2020, received a favorable ruling in substantial part that dismissed all of the plaintiffs’ claims under the federal RICO statute, including claims asserted against former Mylan CEO Heather Bresch.

According to a news release, the court also dismissed claims alleging that Mylan foreclosed branded competition through rebate arrangements with pharmacy benefit managers.

The lone remaining claim in the class action suit regards a patent settlement between Pfizer and Teva and other alleged actions pertaining to the launch of Teva’s generic epinephrine auto-injector. Mylan said the ruling “was not a decision on the merits of that claim and did not resolve the claim in plaintiffs’ favor.”

Mylan did say that the decision vindicates its attempts to defend itself against claims related to the EpiPen, with another trial scheduled to begin on Sep. 7, 2021.

“The company firmly believes that Mylan’s conduct was lawful and pro-competitive, and that plaintiffs will have great difficulty proving damages resulting from Mylan’s actions,” the company wrote in the release.

In December 2020, the same court granted summary judgment in Mylan’s favor in a different lawsuit brought by Sanofi, rejecting Sanofi’s claims that Mylan engaged in anticompetitive practices to market EpiPen.

Earlier this year in January, however, a federal judge in Minnesota decided that Mylan must face a lawsuit brought forth by drug wholesalers Rochester Drug CoOperative and Dakota Drug, accusing it of paying bribes and kickbacks to pharmacy benefit managers and of conspiring to fix prices on its EpiPen device.