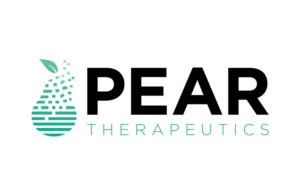 Pear Therapeutics (Nasdaq:PEAR) stock is down today — a day after it reported mixed third-quarter results.

Shares of PEAR were down more than 3% at $2.44 apiece by midday trading today. MassDevice’s MedTech 100 Index — which includes stocks of the world’s largest medical device companies — was up more than 6%.

Pear Therapeutics posted losses of $30.7 million in the third quarter. That amounts to earnings of 22¢ per share on sales of $4.1 million for the three months ended Sept. 30, 2022.

Pear recorded a 1.8% bottom-line gain, having more than tripled its sales totals from the same quarter a year ago. The company’s losses per share came in a penny behind expectations on Wall Street. However, Pear’s revenues topped projections as analysts anticipated $3.98 million in sales.

During the quarter, Pear laid off 25 employees, representing about 9% of its workforce. Its restructuring served as a response to response to a challenging macroeconomic environment.

Today, the company announced further headcount cuts to reduce its 2023 operating expenses, extend its cash runway and reduce its reliance on financing. Its reduction affects approximately 59 employees, representing 22% of its workforce. Pear expects this move to result in annual cost savings of approximately $10.7 million in 2023.

“Pear is making strong and steady progress toward our mission of making PDTs mainstream medicine,” said Dr. Corey McCann, president and CEO of Pear Therapeutics. “Once again, we delivered significant quarter-over-quarter revenue growth. We continue to break down the barriers to patient access for PDTs, evidenced by our increasing payment rate and new coverage decisions. In addition, we’ve taken significant steps to reduce operating expenses in 2023, including the difficult decision to reduce our workforce.

“We thank the talented and mission-driven employees impacted by today’s reduction in force, and we wish them the very best in their future endeavors. Pear’s long-term commitment to developing and commercializing many PDTs through our platform remains unchanged, but our near-term commitment is to grow revenue while reducing our reliance on fundraising next year.”

BTIG analysts Marie Thibault and Sam Eiber kept their Buy rating of PEAR shares. They said that experts think prescription digital therapeutics are novel enough that it will take time for companies such as Pear to secure broad insurance coverage. “Existing prescribers, repeat users, and clinical data are all supporting more acceptance of and payment for PEAR’s PDTs. For now, we think access agreements and state Medicaid coverage wins will be most important for PEAR’s near-term revenue. ”